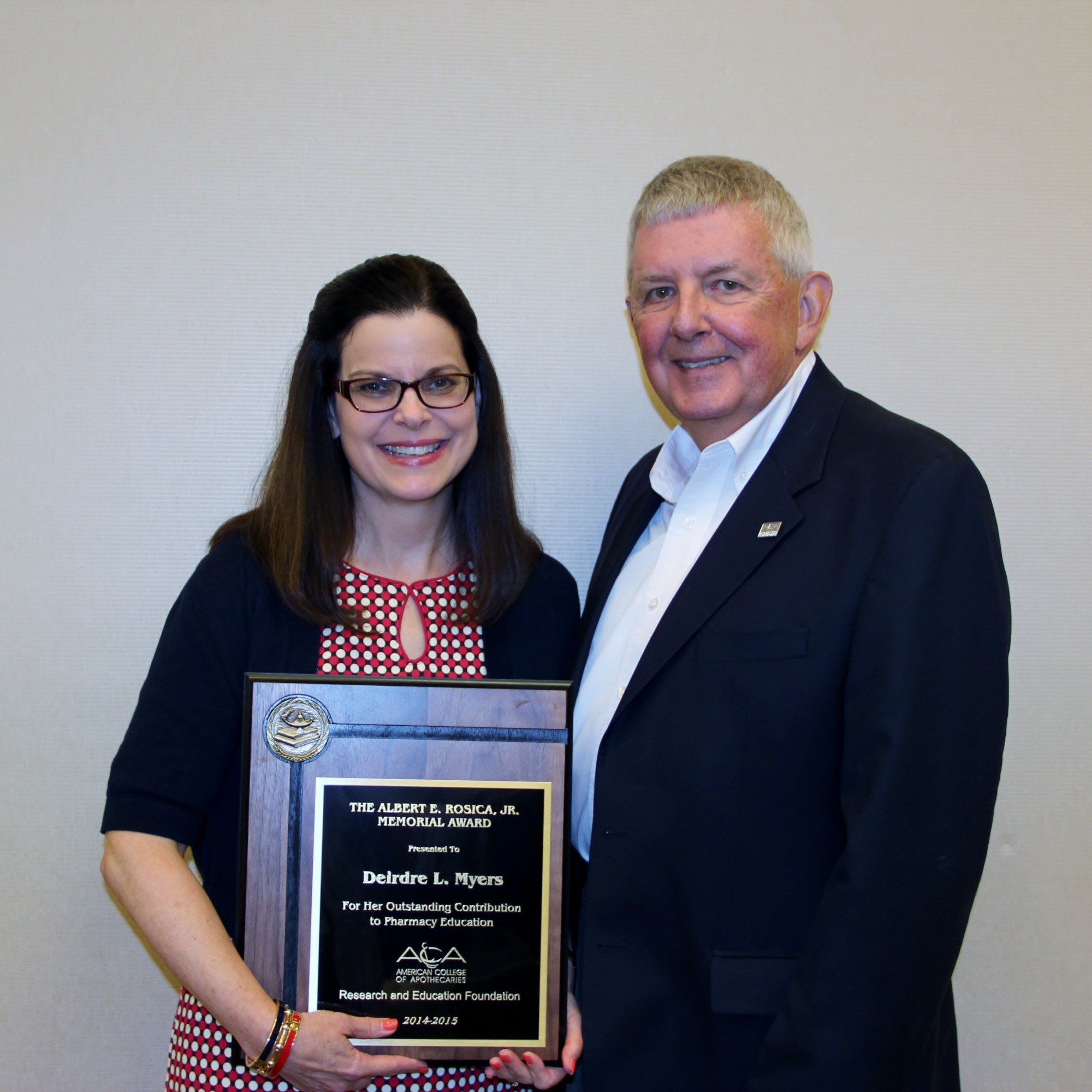 The American College of Apothecaries presented the 2014-2014 Albert E. Rosica, Jr. Memorial Award to Dee Dee Myers of Carey, Ohio at the College’s 2015 Fall Pharmacy Conference at Denver Marriott Tech Center Hotel in Denver, Colorado. The award, established in memory of Albert E. Rosica, Jr., a Past President of ACA, is presented each year to a pharmacy practitioner for his or her contributions to pharmacy education through participation in pharmacy clerkship programs, serving on various college committees, teaching, working with the alumni association, and making other contributions to academic programs.

Deirdre Myers, RPh, FACA is a pharmacist and a 1983 graduate of the Raabe College of Pharmacy at Ohio Northern University. She has worked in many different pharmacy settings including hospital pharmacy, retail pharmacy, nursing home consulting, and teaching pharmacy students.

For the past sixteen years, Dee Dee has been the pharmaceutics laboratory instructor as well as a pharmacy instructor at Ohio Northern University in Ada, Ohio. She also works part-time at her husband Randy’s independent community pharmacy, Harry’s Pharmacy in Carey, Ohio. She enjoys not only the area of pharmaceutics and compounding, but also pharmacy calculations, pharmacology, therapeutics and geriatric therapeutics.

Dee Dee has been awarded the Ohio Pharmacist Association Good Government Award in 2008 for her work with advocacy and pharmacy students. She was awarded the NCPA Chapter Advisor of the Year in 2010.  Under her direction, the ONU NCPA Student Chapter has won many state and national awards in the past nine years.