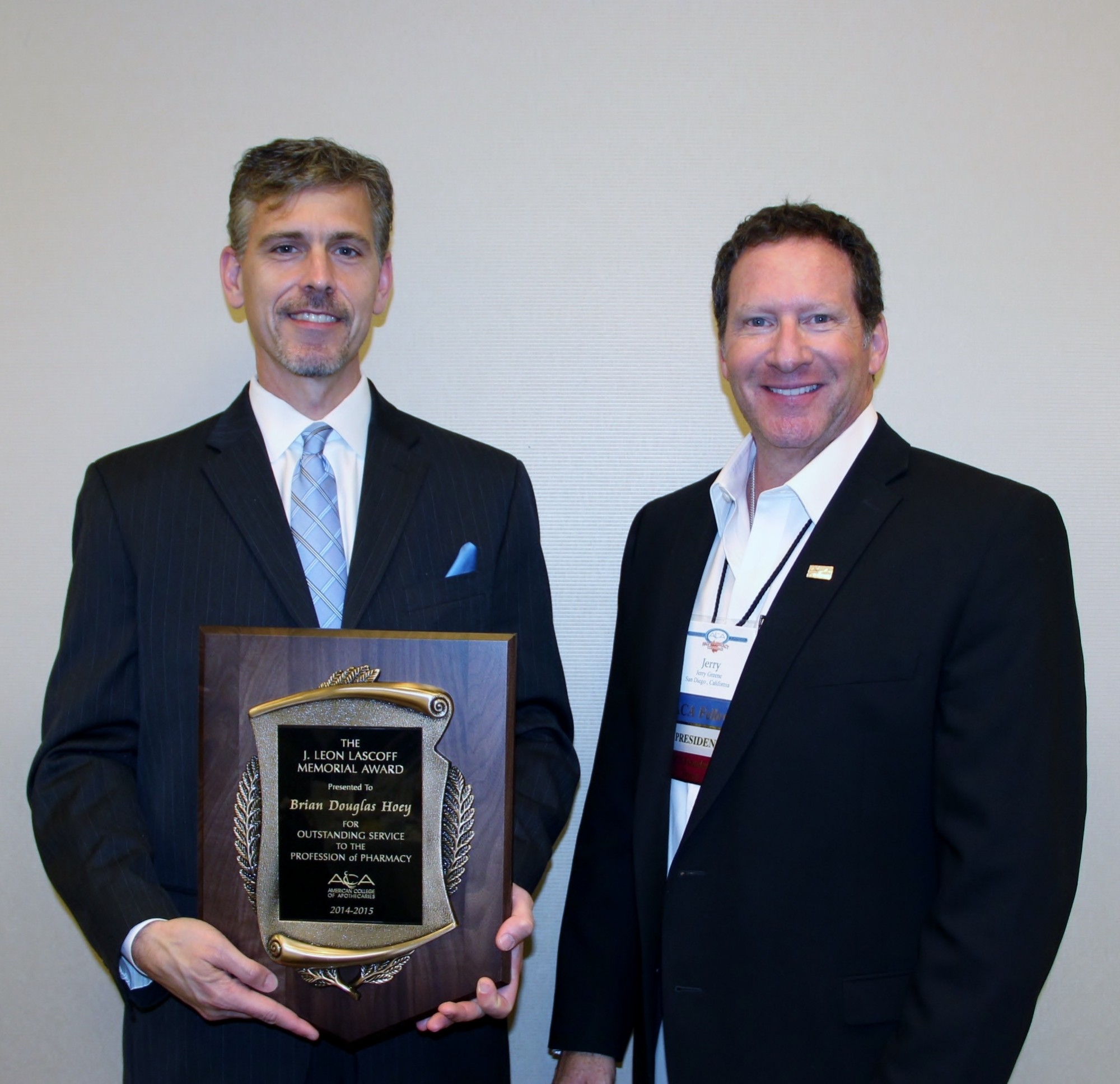 The J. Leon Lascoff Memorial Award is presented to an individual in recognition of outstanding contributions to professional pharmacy. It is the highest award presented by the College for service to the profession and has been presented to some of the most outstanding pharmacy educators, practitioners, other health care professionals, and individuals serving in leading legislative positions.

Brian Douglas (Doug) Hoey, RPh, MBA, FACA, the 2015 recipient of the J. Leon Lascoff award, is the Chief Executive Officer of the National Community Pharmacists Association. He has spent over 25 years working in and representing community pharmacies.

The National Community Pharmacists Association represents the owners, operators, and managers of more than 23,000 pharmacy small businesses.  Over 50% of NCPA’s members are in rural areas and many others serve underserved citizens. These pharmacies provide jobs for more than 300,000 people in their communities and consumers consistently rank them as the top rated pharmacies in the country.

Doug is a licensed pharmacist in Oklahoma, Virginia, and Texas and practiced for five years in community pharmacies including his own family’s pharmacy providing traditional community pharmacy services, long term care consulting, and DME services.

Doug was NCPA’s first Chief Operating Officer and in 2011 was named CEO. During his tenure at NCPA, the organization has grown membership by more than 40 percent, developed programs helping entrepreneurial pharmacists develop their practices, and led numerous legislative, legal, and regulatory victories to benefit community pharmacists and the patients they serve. For five years, Doug also developed and taught pharmacology courses at George Washington University and Marymount Universities.

He is Chairman of the Board of Directors for Mirixa, co-chairman of the Surescripts Board, and serves on the Pharmacy Quality Alliance Executive Committee. Doug is also a Fellow of the American College of Apothecaries.

Doug earned his pharmacy degree at the University of Oklahoma College of Pharmacy and his MBA is from the Oklahoma City University graduate school of business.