2019 ACA Member of the Year Awarded to Marisol Lopez

The award, established in 2013, recognizes an ACA Member for exceptional accomplishment and effort in serving his or her community and promoting community pharmacy through mentoring, entrepreneurship, and education, as well as support of the ACA.   The presentation was made during the Presidents’ Banquet Friday evening, at the College’s 2019 Annual Educational Conference hosted at the Don CeSar. 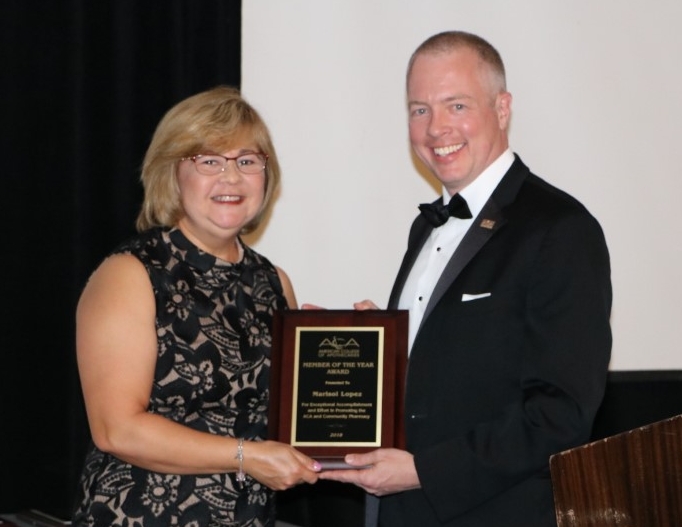